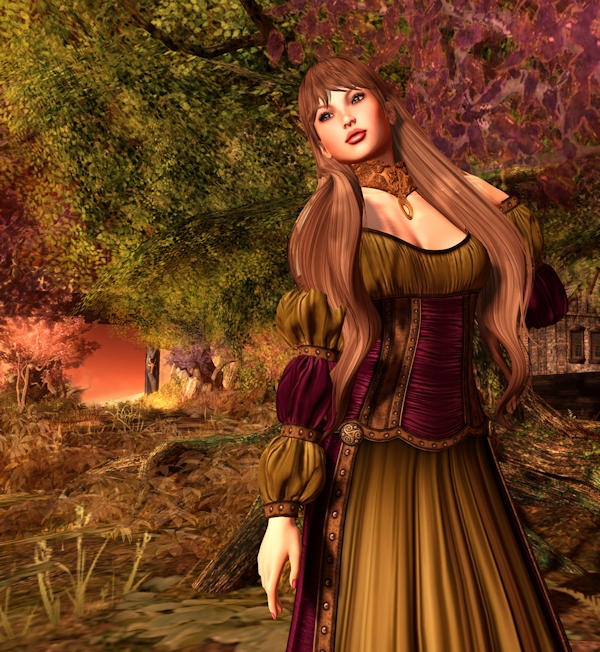 It is Monday eve as I type this. Almost quitting time after the busiest day I can remember in a long while.  Here's the story.

The sims opened a bit after 9 letting designers set up their stores. Even though my store is much smaller than those on other sims and even though I had everything all set out in "exactly the right size and layout" -- it took an hour before I could call myself free to explore the many gorgeous environments.

I made a quick round of the fourteen sims that form an "O".    There are some truly gorgeous builds at Fantasy Faire this year and I spent the next five hours or so filming before the crowds appeared and folks set up too many vendors (hence spoiling the naturalness of my shots :D). We can only derender so much! 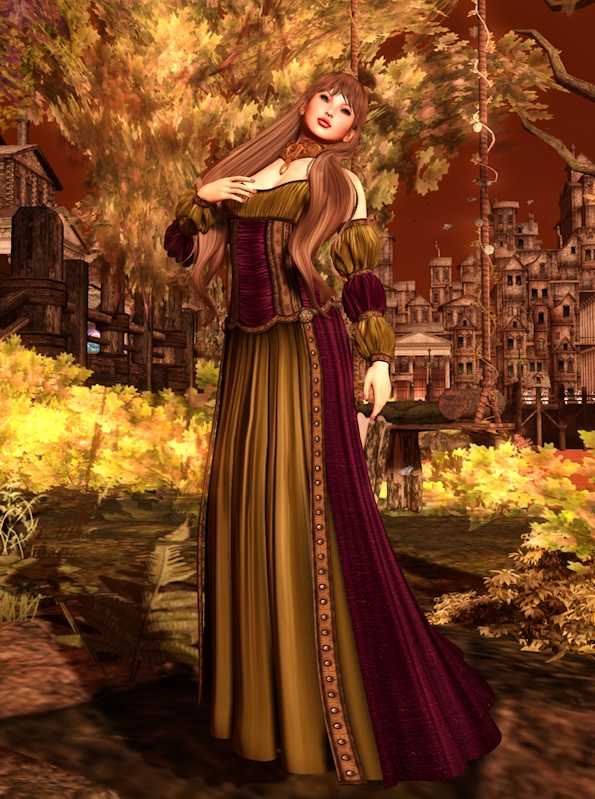 I passed a good deal of time in the Golden Delta by Fallen Gods Inc., a long time Fantasy Faire supporter. The blowing sands and carved stone seemed to whisper. It was difficult to pull myself away.  Lots of impressive film is in the can as well as backed up. The voice-over has been waiting for some magical and picturesque spots and this is it.

My films story is romantic and magical. I had my second location, the impressive harbor town by The Looking Glass, Lucentia,  filmed for landscape and needed some attire to fit into the theme of the film.  The blogger gods were smiling on me when I returned home to open some of the bountiful blogger boxes that had been arriving the last hour or so.

It didn't take me long to find the gorgeous dress from Anouk Haiku of Les Encantades. This is not only a lovingly made with stunning textures, the Brenna Berry gown fits beautifully and moves effortlessly.

A perfect accessory is this Lannister Collar, a rare gacha prize, also from Les Encantades.

I will be posting larger (and more widescreen landscapes)  of Fantasy Faire photos on my Flickr site, so drop over there to see 2400 pixel versions!

Learn all you need to know about RFL Fantasy Faire at the official website.


My perfect fantasy hair is TOFFEE  by eXxEsS