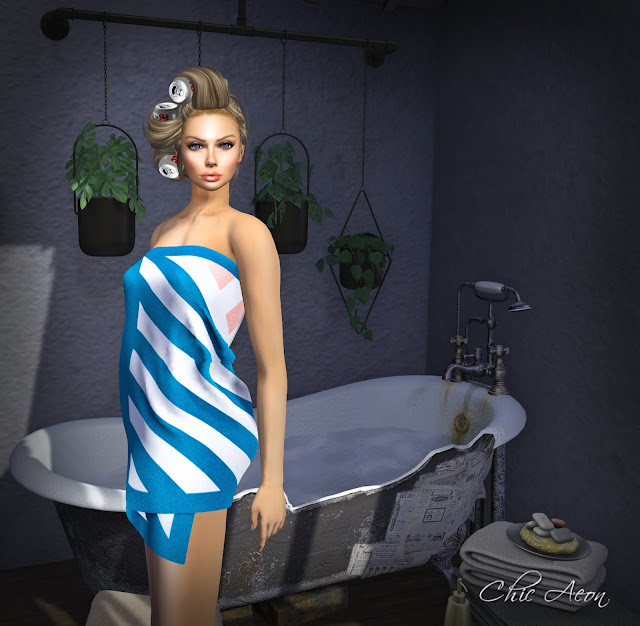 Back in the blues this week, our color called for brightness and clarity. Fully saturated and on its way toward green -- just a nudge, the color of the week is ELECTRIC BLUE.   This wrapped towel comes with a big hud of texture change colors.  It was an anniversary gift from amais that I picked up last year. The past gifts are often kept on the wall, so some sleuthing might be in order. The set comes for the guys also.

Credits:
amias - ANNIVERSARY gift -
Hair: [ploom] Telephone - Cocoa (almost a decade old)
This a link to the challenge on the forums.
This is the official path to the challenge.