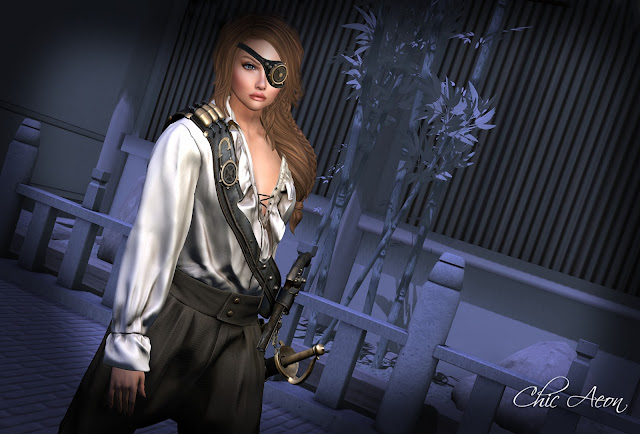 Another outstanding Fantasy Faire sim is Tenpyo by Gabriel.  It mixes the simplistic with the extravagant and does it with style.  Many shots were snapped on early entry day, but I went back over as the month ended to find a 99 linden sale going on.  Well of course I had to look "one more time". 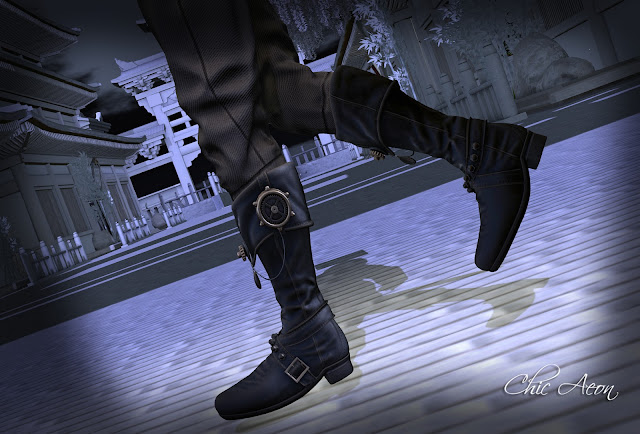 Traditional as well as modern attire is featured and yes, there are some outfits for women. But I was mostly taken by the menswear, including this pirate outfit.   This one piece outfit comes in several fits for men and since it covers most parts of the body it work quite well for the less popular male bodies and even for gals. As you might expect busty gals won't need to apply and a bit of shape tinkering may come into play.  Still I love the look!    The outfit shown includes the one piece clothing and boots garment and the belted sword add on. The eyepatch is free at the display. 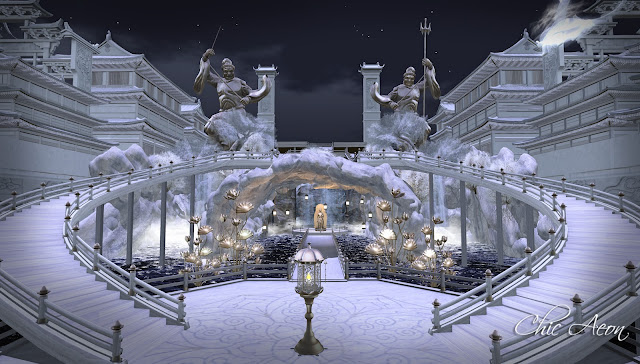 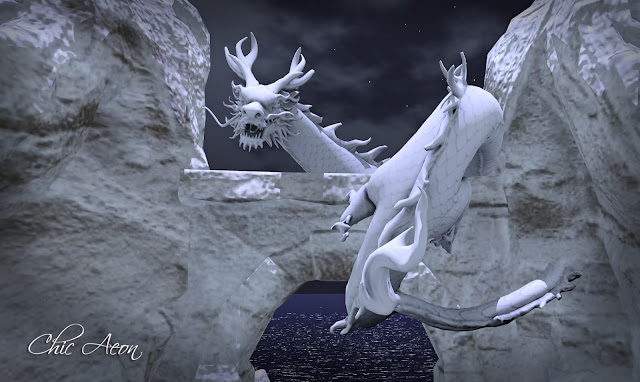 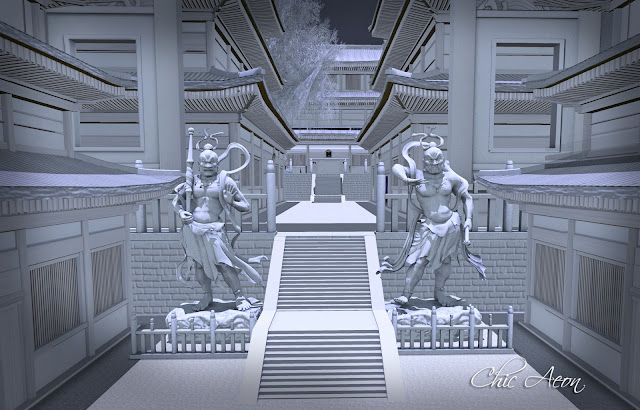 and  guardeons.
There are also wooden sandals gifts for both guys and gals.
Hair: Letluka (old and NLA) 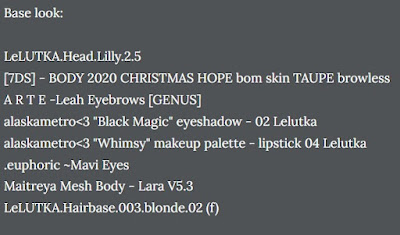