What Has Happened to SL?

This is an opt ed post but I am adding a photo as I HATE posts with no photos LOL. And it is a bit of a rant because I am disappointed in general with the state of the platform.  NOT with LL mind you although I wish I could eliminate the black screen relog thing that has bene happening since we started "to the cloud" (could be a coincidence, maybe not).
Here's the story.
I was fairly depressed over my five part onboarding series of posts. They were popular, yes; but they were also fairly depressing.  I really spent DAYS getting to the point where Part 5 came into play.  This is so tough on the new players!   I had been trying for awhile to think of things I could do to help. Any "money" presents get taken by bots and not real folks, so that was out.  Eventually and after my romp though the pitfalls of making a free avatar I decided to make an UPSCALE freebie shop. Honestly, to my knowledge there aren't many -- depending of course on your definition of upscale.
I wanted it to be REALLY FREE. No group, no hassles. Just come in and grab some good stuff so you look like an old-timer even if you really ARE only three days old.  Well, while that was my goal --- it was impossible.
I could supply free jewelry, poses, shapes.   I didn't consider Home and Garden a necessity for a new person. I was willing to spend a good amount of lindens buying full perm items and retexturing and even adding to thing (yes, I know how to do that  LOL).  But here's the deal.
There are good full perm mesh clothing, shoes and hair makers and not so good (I suspect if you are older you know all that). But they ALL have major clauses in their Licenses that prevent people from gifting items. Most want you to sell their items for at least 50 lindens.   Now of course we KNOW people are breaking those agreements, but "I" didn't want to.
What makes it more complex is that many (MANY) full perm creators have one TOS or EULA on their Marketplace listing and another in their store -- or even on a different part of the Marketplace other than the actual listing. So when I "thought" that seller was OK with me giving things away -- they turned out to be no so OK.  And then there were all (many) licenses whose links went to 404 missing pages. And the missing sims. And the NO DEMO option ?!?!?!?   Honestly, I don't know how these folks sell things -- well, maybe they don't.
After a couple of days of work and research and making things that I "could" make I have given up.   My new FREE shop will become the gacha area I guess. I really don't want to redesign the sim again.  But yes, I am depressed.
In the olden days we actually HELPED the new folks. That was way before groups became marketing schemes. Everywhere you went there were free boxes.  "Take a Copy" (we never use that now as far as I know) was big and you could just take a full perm copy of someone else's stuff.
When I was doing that five post report on the onboarding process I noticed how rare free groups were becoming and how few gifts were available in some areas (hair and shoes for two).
Most of the full perm clothing stores had a "50 linden minimum" sale price minimums in their agreements --- some were more. But honestly, these days I can't say I would spend 50 lindens on a simple pair or short or a tank top etc.  The economy has changed and people need to realize that.
Maybe the full perm guys just aren't selling much these days. I can't honestly see how anyone trying to make a viable store buying mesh is going to do well. It is fun and a hobby, but certainly not a likely income producer.
I think we need a shift in thinking.   Maybe my comments will start a few folks thinking.  I hope so.
And with that I am going off to dinner.
March 14, 2021

Bannod said…
Luckily I had a friend already in SL who showed me how to make an avatar, buy clothes and land. I had homestead when I was 5 weeks old and was constantly accused of being an alt. Life in SL was simpler then - add an applier top, applier jeans (with sculpty leg bottoms that never quite matched) a foot shaper and shoes, and flexi-prim hair that went through your body and we were looking good! Now we have so many different heads, shapes, bodies, alphas and mesh clothing... sometimes I wonder how many people give up in frustration.
March 15, 2021 at 2:19 PM

Stephanie said…
Have you considered setting up a space with tutorials about putting together an avatar: body, head, skin, bento, appliers, baked vs texture, etc....? I've been in SL for a while, and fashion is not my thing, but every once in a while I try putting together a more up-to-date avatar. Last time I think I started with a Lara body and thought I had it all together when I noticed I had writing on my tummy...

Chic Aeon said…
While I am sure that some putting together your avatar help would be welcomed, I am also pretty sure that "I" am not the one to lead the way - LOL. I had to write to the eBody group a few times to ask questions and couldn't figure out why my feet wouldn't take the skin texture. It was a footbase that was tinted wrong in the pack. I didn't mention that in the article as I hope it gets fixed AND things were already confusing. It took me almost two days to get a handle on BOM == which I now LOVE, but HARD!

There was a very popular website on SL mesh bodies but I haven't heard much about it these last few months and Google can't find it for me so maybe it it gone now. There ARE plenty of instructional YouTube videos and some print "How To"s. I watched some on BOM when I was climbing up that learning curve mountain.

I will definitely do what I CAN to help where I can though :D. Little by little. 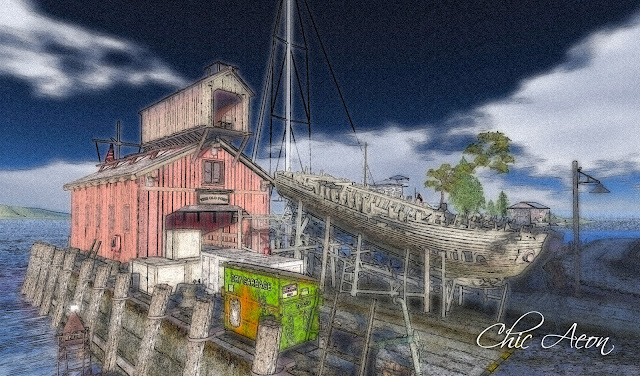 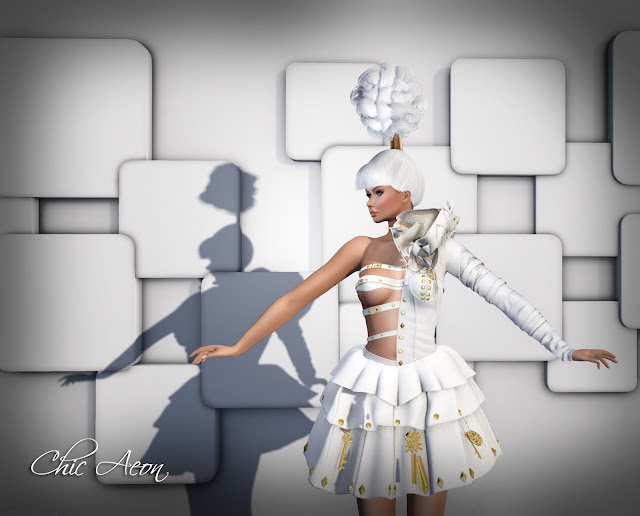