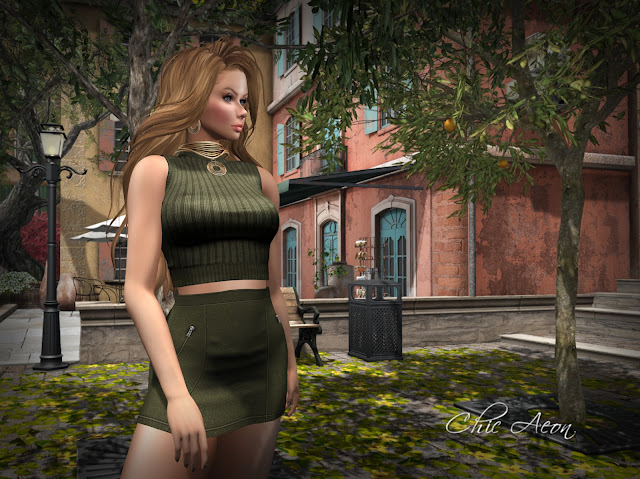 Here we are  in green territory once again -- albeit (for me) a color I am more at home with. But where is blue? Where is blue? Where is blue?
I found the answer LOL.  I looked through Luna's flickr album and there are almost NO "cool" colors such as blue.  So mystery solved. Like a gacha -- it is simply more difficult to get the RARE and in this case the cool and calm colors of sky and sea seem to be the ones that are difficult to pick.
I was going to cheat and pick  do a "blue" of some sort, but then I took a look at Luna's colors and there really ARE plenty of blues --- electric blue (bright aqua), denim, periwinkle, sky blue, indigo and just plain BLUE.   So I am going to keep on with the "gacha" method and hope a blue shows up. One will have to. If we get half way along with no blue -- then I will cheat :D.
That being said, on with OLIVE which is actually a tertiary color which is a mix of secondary colors. Hardly anyone cares, but hey.  So olive is green of course but a more muted and typically darker green than the hex code of #008000.

While this is Pantone's preferred "olive" and the one I'll be aiming for, feel free to adapt lighter or darker or whatever. Just have fun.
I wonder what I will find in my closet?
*********************
Well this was so much easier  for me than Green-Green, by leaps and bounds.  Typing "olive" into my inventory search turned up a few things. One very interesting military cyber-esce hot pants uniform with thigh high boots caught my eye but it wasn't quite the Pantone olive.  Some boots that were called olive but were actually dark tan and this very pretty sweater and mini skirt set.
The Valentina E. Sara set came my way in the Fall of 2017 it seems. There is only the one color and it doesn't say "gift".  A puzzle. But a search of this blog happily had they answer; they were from The Chapter Four event and I had previously featured them.  Mystery solved.
I paired the set with some of my favorite chunky jewelry from MEVA, the Marlene Collar and Earrings.
Hair: TUKINOWAGUMA Barret
This a link to the challenge on the forums.
This is the official path to the challenge.