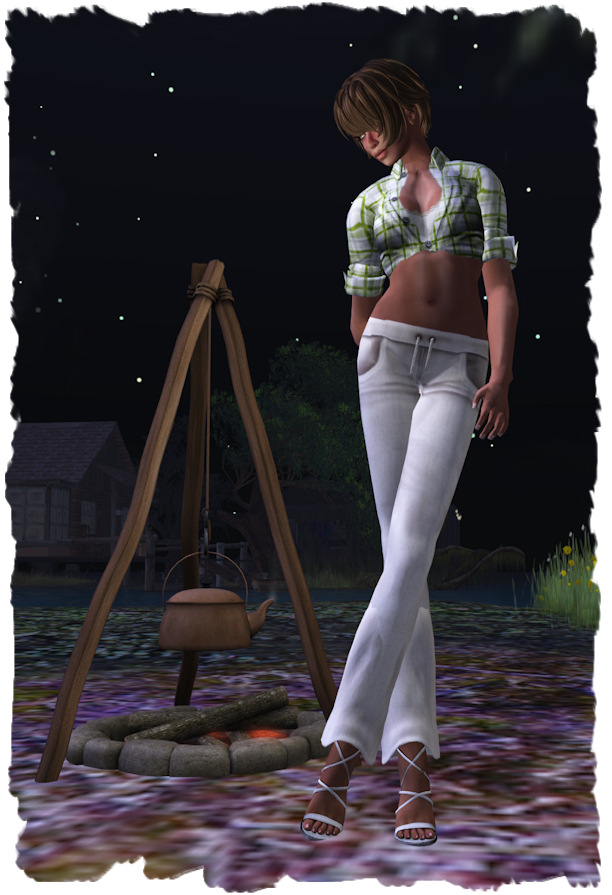 I ventured out on the Seasons Hunt this morning and picked up a few things.  Weekend lag was evident; lots of folks hunting.  Some places still seem to be missing their prizes in that twenty people standing around for ten minutes looking isn't a good sign. More stores than I would like had "decoy" sharks. One I bought too quickly only to fine a "wrong shark" notecard inside rather than a prize, so watch out for that. I found a fair number of empty sharks; they may be decoys or they may eventually have prizes in them. So mixed reviews on the hunting aspects -- from me anyway. I would rather look hard (or not so much even better) for a prize vendor than to be confused by others along the way.

My two picks of my morning finds are the linen pants from Willow and the fire pit from Kari.  I just realized they are both on the Festivale (LAP) sim. Handy! 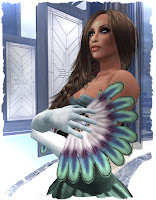 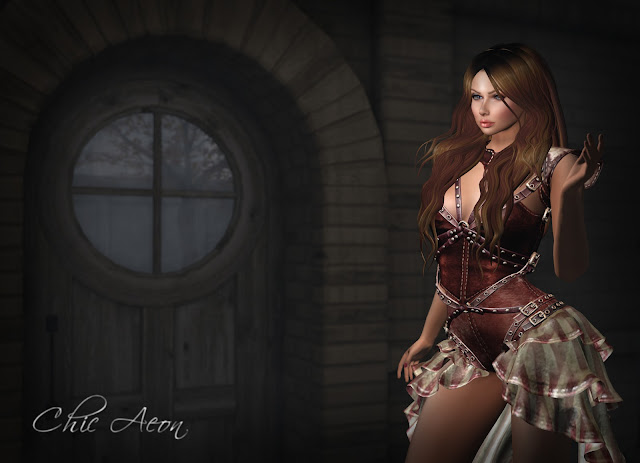 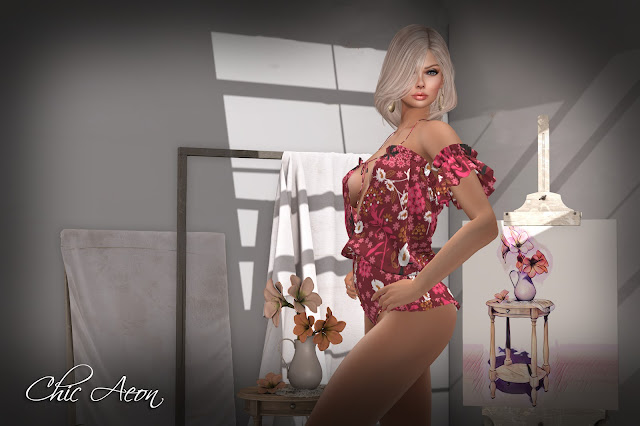 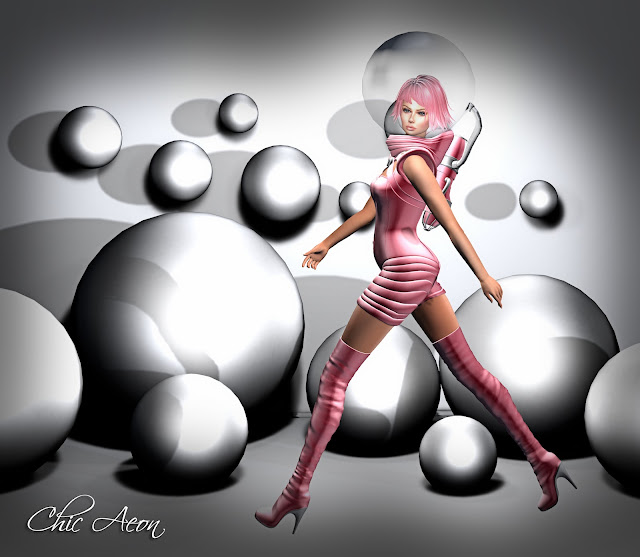