Exploring the Past in Erie 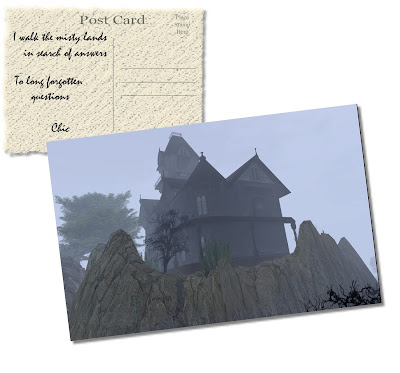 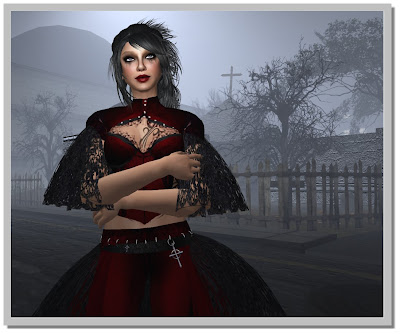 How can I know who I am 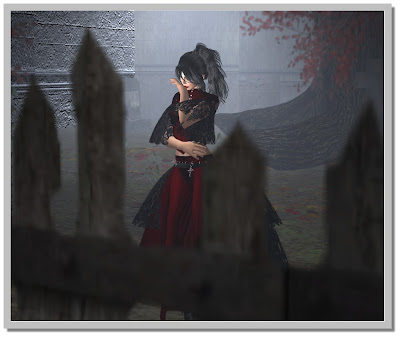 When I have no hint of where I came from 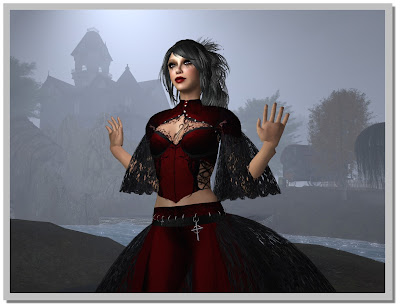 I need to know the secrets long buried -- whatever they may be. 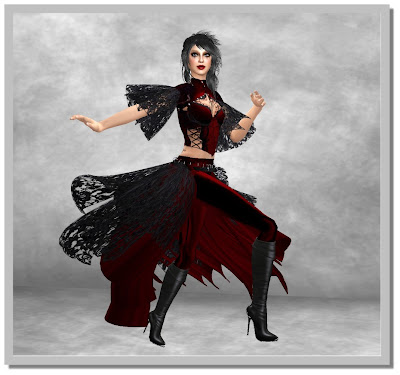 I'm not sure why Matador is so special for me. It might be the Spanish influence. It could be the perfect for boots pants that go under the skirt.

It certainly has something to do with the belt complete with cross. I feel like a 18th century Buffy ready to slay -- well whatever needs slaying.

The black lace over the deep red definitely works for me. 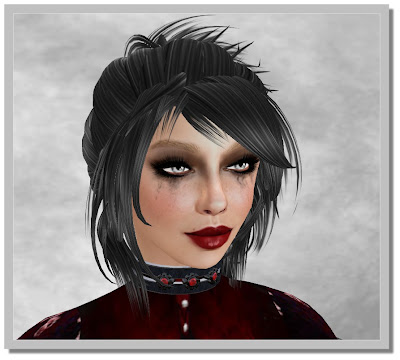 I wanted dramatic makeup for this outfit, so I changed into a new Bella fair skin tone with dark red lips and messy eyes, adding a bold tattoo in black that shows just a bit.

A slightly disheveled hair was called for and Cindy worked nicely.

I wasn't wearing jewelry until I got back to the studio. Then I decided I could use one more added touch; over the top is a fine style when it is on purpose.

My long time blogger buddy, Nissa had sent me this necklace during the jewelry fair. I don't think I blogged it then but from my long inventory list of chokers and collars, it was my top choice as a finishing touch. I'm not sure just where I can wear this outfit again, but it is definitely going in my outfits folder!

If you've been reading the blog for awhile, you know that I have been venturing out to role play sims from time to time. I would like to find one that works for me, but so far they all seem to delve into the fight, capture or kill mode. PREY is not a word that works for me, I am not of a violent nature, and luckily don't need a release for any buried aggressions *wink*.

When I was shopping last night on Xstreet I saw a banner ad for "Erie Isle -- voted the number one RP sim ....". I had been to the website before, but never followed up on visiting. I will say that the information on the website is extensive and well done. They want people to know the rules and how the game is played. They want newcomers to think about their characters and do some homework. There are newbie classes for first timers and more information than you could work through in a day. There is a really well done video on Erie Isle here.

Another thing Erie has going for it is the four sim concept. In my explorations, I've found that multiple sim areas lend themselves to a more authentic feel. We get used to just how big sims are; when the area becomes larger than the norm, it seems to also become more believable -- to me at least.

I enjoyed my visit, but I'm still stuck in my Switzerland mode. I want a land with storylines that don't include all the maiming and murder. Still, I REALLY enjoyed dressing for the part, and my briefly imagined character backstory became the theme of the prose in this post. That works!

PS. For any of you who read through this lengthy post and found seemingly contradicting statements, here is my explanation. I enjoy the feeling of empowerment, but I don't feel the need to USE that power, and most of the time I do not :D. 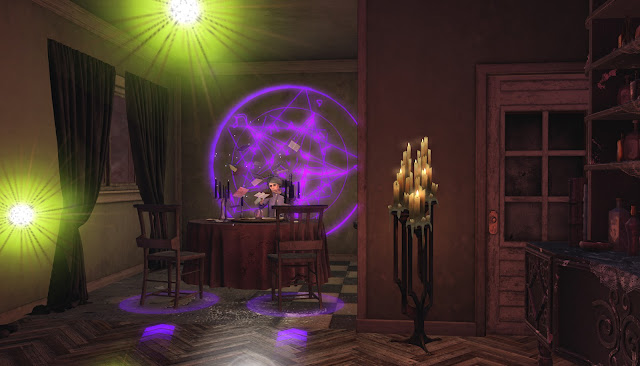 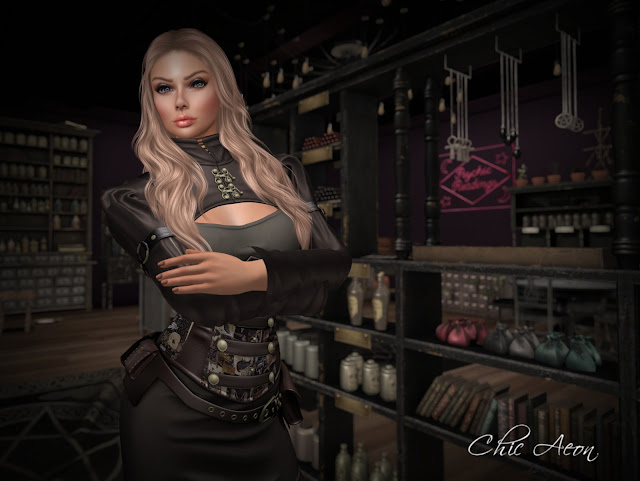 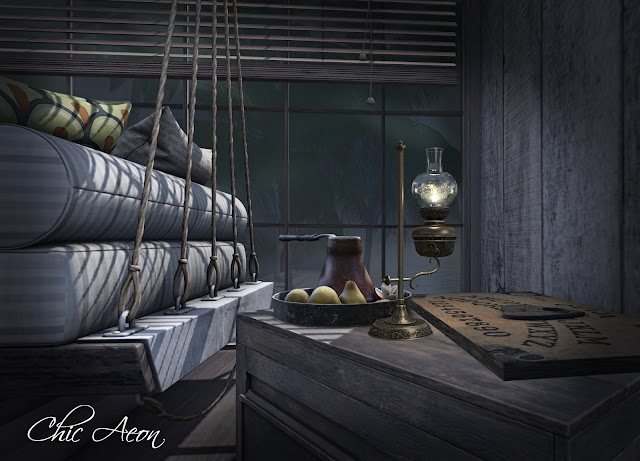 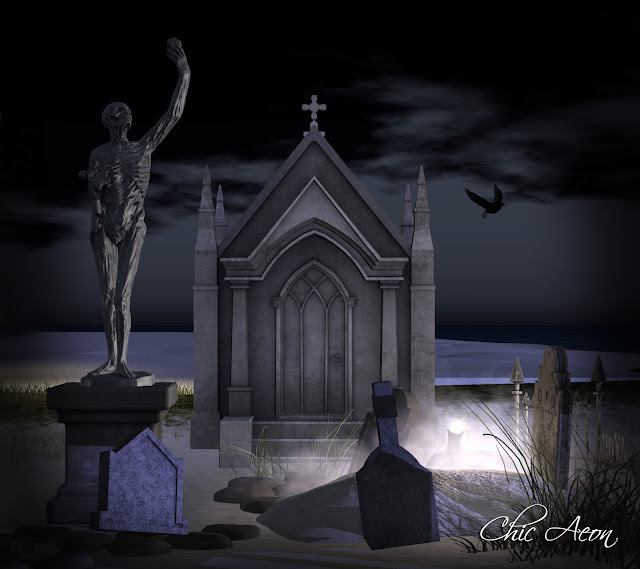