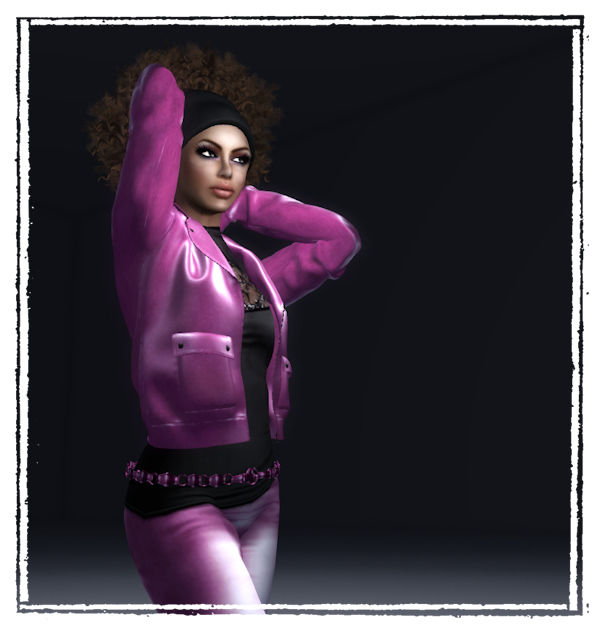 It may be difficult to believe but this is a hunt prize from Inga Wind.  I have had quite a few outfits from *IW* over the years, several from hunts. I can remember my first one, looking for parts of a MANY pieced outfit. I never found them all but I definitely enjoyed the time looking. YOU won't have to search that hard to find this partly MESH gift. It is straight in from the door under a giant poster showing the outfit and the hunt logo!  It doesn't get much easier than that. The hunt? It is the Fashioncentric “Hi5!” Hunt that started a couple of days ago. 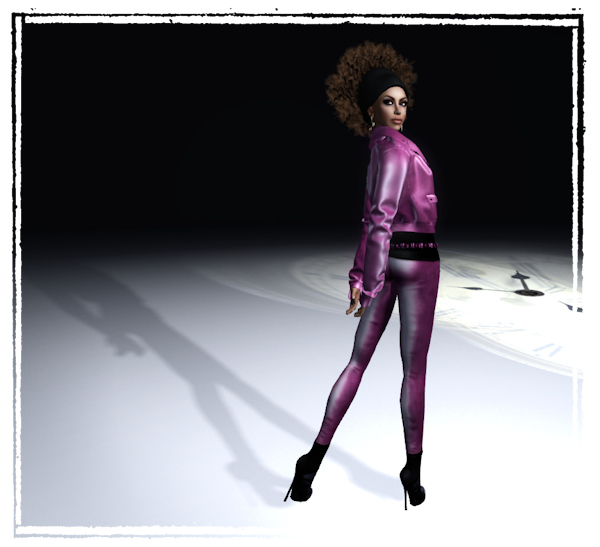 I am not doing the whole hunt; I just picked a few stores from the list -- some I knew and some that were brand new. I found quite a few items in my style and you will be seeing some of them later in the month, but this is by far the item I thought you, dear readers, would want to pick up.  It comes complete as you see and has fringed purple boots included. I opted for more sedate black to tie in with the dressy tee (looks great on its own) and headband.

The set comes with many jacket sizes. I am wearing small so large gals are covered. There is even a Deformer version of the jacket which was interesting to try. It didn't fit quite as well as the small for me, but you can see the possibilities. So those of you interested in that new technology -- don't overlook that version of the jacket.  Eight different alpha layers for the jacket are included and even one with boots too for the Phoenix folks. 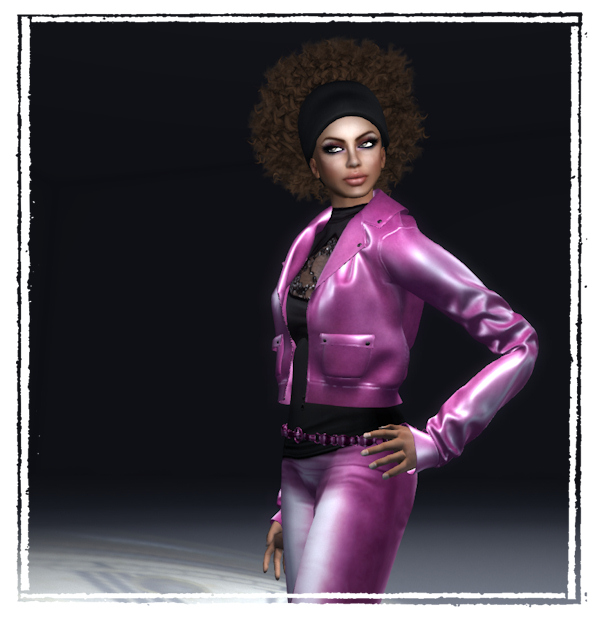 My poses are a new release from Diesel Works, Colleen. The mood switches from bad girl to coquette to glamor. A fun set! Since I have finished the total revamping of my animation folders, I will be a VERY good girl and put these in their categories RIGHT NOW rather than dumping into a "to be sorted" folder. At least I am working on being better *wink*.