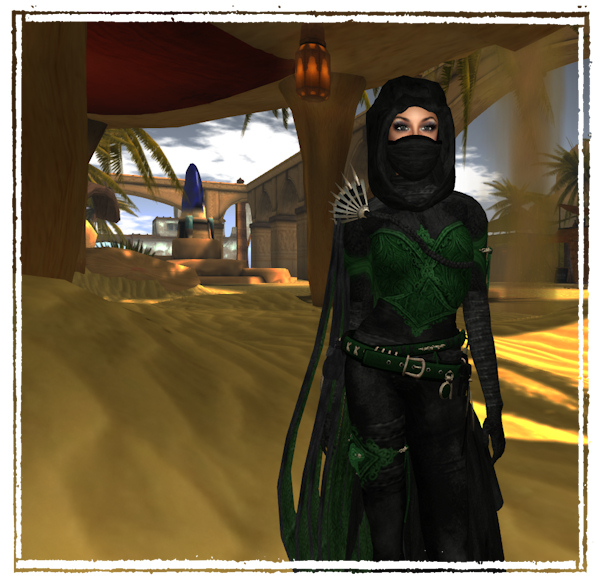 Fantasy Faire opens Saturday April 21 with  the largest gathering of fantasy designers, enthusiasts, roleplayers and performers in the virtual world. It is quite glorious. Empty as vendors begin to set up, it is still impressive. Expect lag, but also expect to be enthralled by the mystical and wondrous. After all -- it's fantasy!

I am not an official blogger for the Faire, but since there are over one hundred I am sure you will be seeing the large variety of goods that will be available. With my early entry pass in hand, I decided to give you a little sneak peak at a few of the nine sims and delve into my stores of fantasy garb. It doesn't take much encouragement for me to go there!

Shifting Sands, designed Kayle Matzerath and sponsored by Solarium is my personal favorite build. I am partial to the mysteries of the desert.  Sands fall seductively into a never-ending abyss. The winds moan. Honestly, I would like to move in!

My outfit is Creed by Firefall. Meandervale, designed by Sharni Azalee and Marcus Inkpen is sponsored by The Looking Glass. Fairy tales can come true on this sim. Over-sized sunflowers grow in wild fields and giant butterflies turn windmills.

My outfit is Rogue by Firefall. 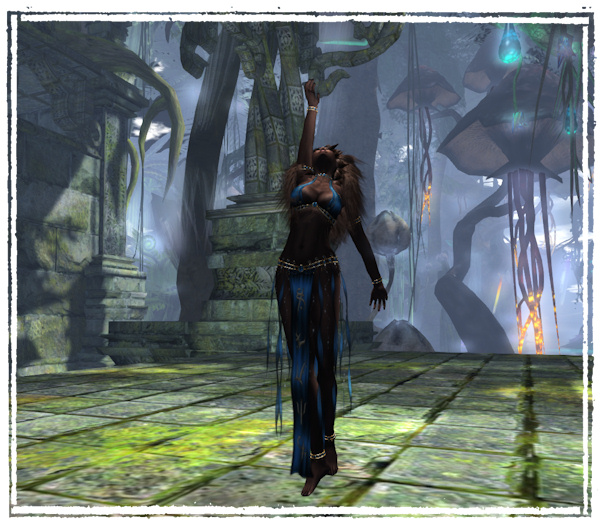 Nu Orne, designed by Elicio Ember, is sponsored by The Arcanum. The jungle is dense, the flora and fauna only of your imagination. The architecture speaks of ancient mysteries.

My outfit is one of the Arcane Dancer Silks from Deviance. 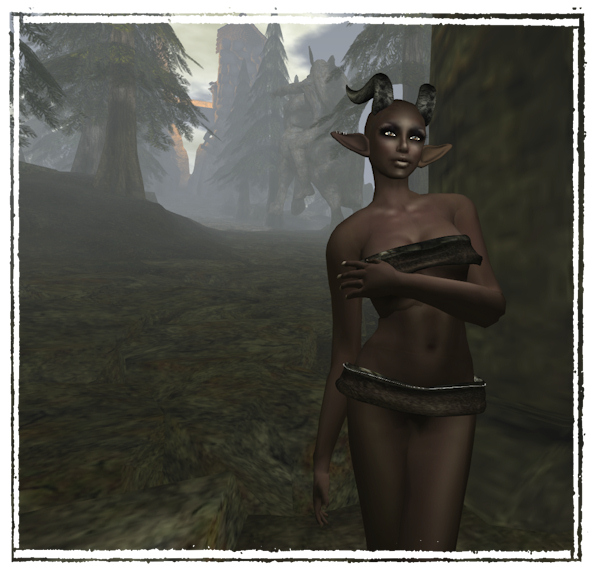 My outfit is Playful Faun by Yasum Designs.

Whatever your favorite fantasy, the Faire is the place to be.