Do You Remember - Bunny Hoppin' 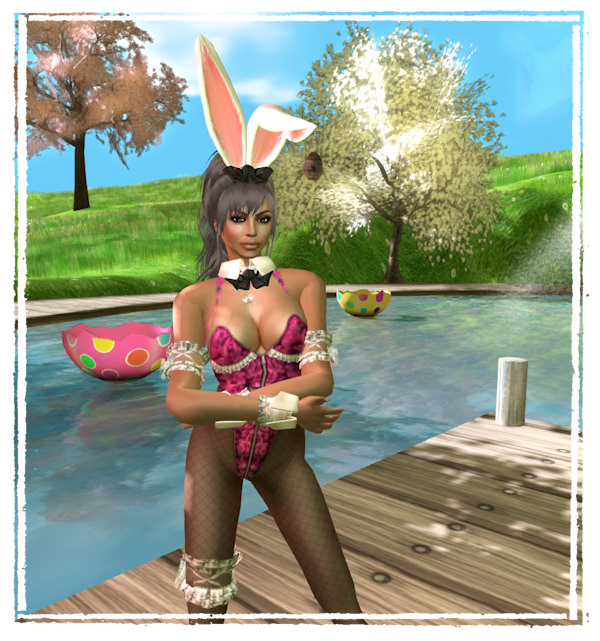 That bunny and egg holiday approaches. I am deep in my inventory sorting (31,000 down from 40,000 now) and have made it to "Costumes" which is an immensely fun folder to go through. Lots of things are going away simply because they are past their prime technologically speaking. I am being tough and if I don't love an outfit or REALLY think I will need it again, it is disappearing into pixel heaven.

Along the way I found this prize from Little Heaven from the first Bunny Hop hunt (March 2009). Hunts weren't all that ever-present back then so having a hunt to go to was an event. Little Heaven was one of the first stops on the tour and their prize included this bunny outfit. LOTS of gals donned the ears and tail and hip baring lingerie to roam the grid looking for vendor prizes (they MUST have been eggs but I don't remember that part). 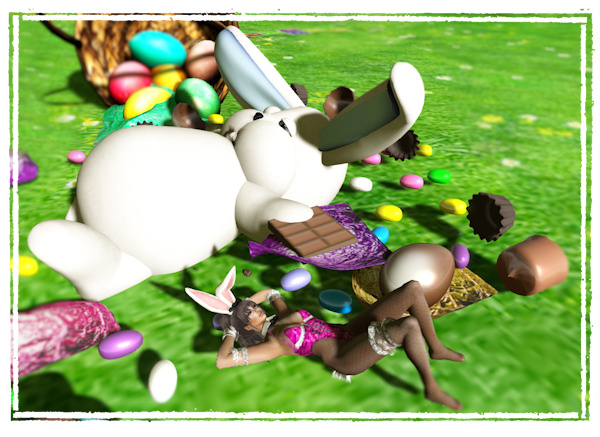 I took my nostalgic outfit over to Easter Town 2012 which is a bright and fun spot. Getting photos was tricky though; lots of folks. Lots of NEW folks. This one guy kept following me around, very in my face - literally. I told him that I was busy with photos and had no time to chat. He didn't go away so I derendered him and went on with my shoot. On returning from my graphics software I found myself at the bottom of the lake. Now that is just rude!

Happily I am usually in more peaceful surroundings and I do understand how a scantily clad gal with rabbit ears might seem enticing, at least when you are new to SL. After a few weeks, she's just another avatar wandering the grid *wink*.