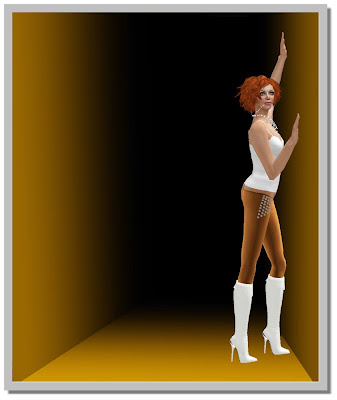 Or don't :D. I am having way too much fun in the studio today. I logged in this evening to find a PolyWall from Diesel Works. How cool is that?  Hence I have been playing into the late eve and will be sleeping in (hopefully) tomorrow. I also pledge to get outside for some fresh air!  Yes, I do.

Meanwhile I love the cube. Lots of drama, some great poses and a large variety of textures. I liked the neutral cement and wood ones the best, but this was definitely the correct choice for my outfit of the eve. 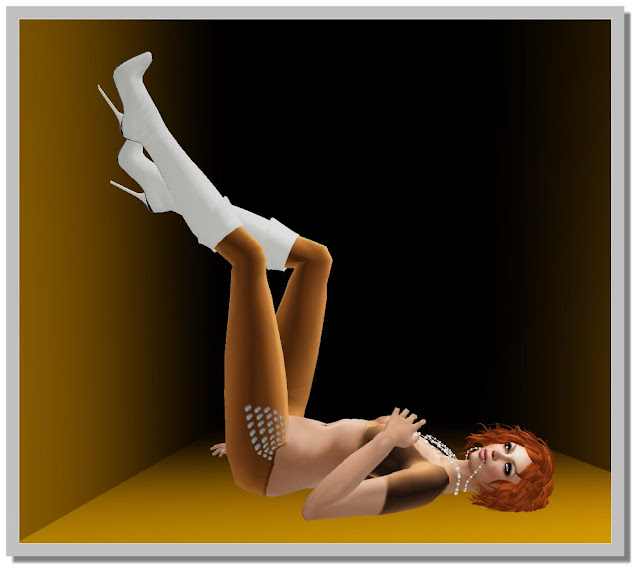 At only two prims, it is a great addition to even modest studios. I had seen photos on the web using the cube, but I had no idea of the color varieties included. So, I am smarter now. Happily so. You can even use the cube with your own favorite single poses, poseballs, pillows, whatever. So many possibilities. What I like the most is the shading effects. It adds such depth to an otherwise, often fairly boring, studio shot. 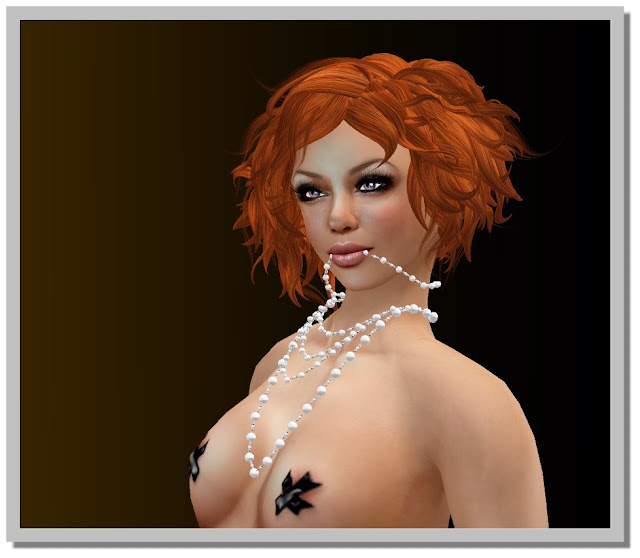 That doesn't mean I will give up my exploring. I have a long list of places to visit and photograph. But it does mean that I have some new choices. And I love choices. The PolyWall also comes in a photographer's version with seat and stand like the chaise I featured earlier today.

By now you know about my hair and skin. My boots are the 2010 white BAX boots in off-white. My Lucina Glitter leggings are from [ILAYA]. The top in the second photo is also from ILAYA, but alas has some seam issues that I noticed after I took the photo. My pasties are from deviousMind -- part of the "MmeChatouille" set. My cotton tank is from Fri.day.

And the star of the show is the necklace I am wearing from LacieCakes. It is actually THREE necklaces so you have mix and match options. Best of all, it is FREE in a dice hunt. Find it in the middle of the shop, not hidden at all and buy for $0. This is a kid's hunt, but this gift has items for both ladies and kids in the prize pack. I didn't have to adjust these at all exept to raise them up to my neck :D. Thanks to sl-schnaeppchen for the heads up on this. So fine!
January 25, 2010
freebies hunts poses props 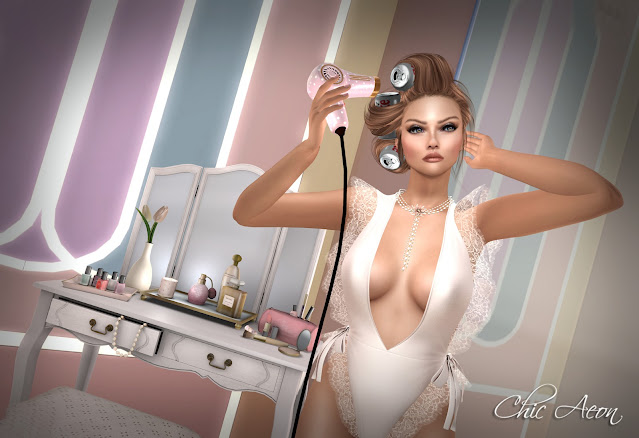 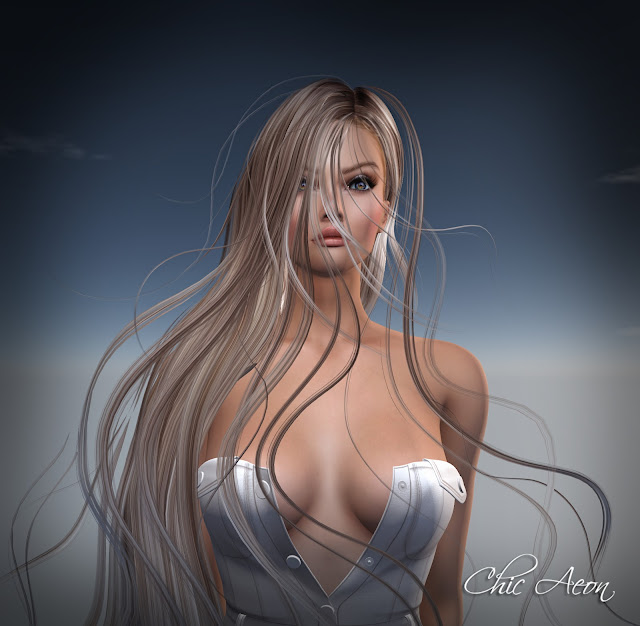 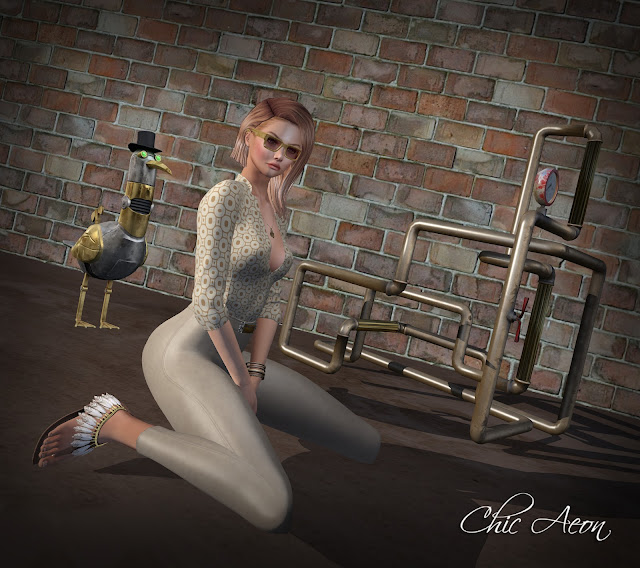 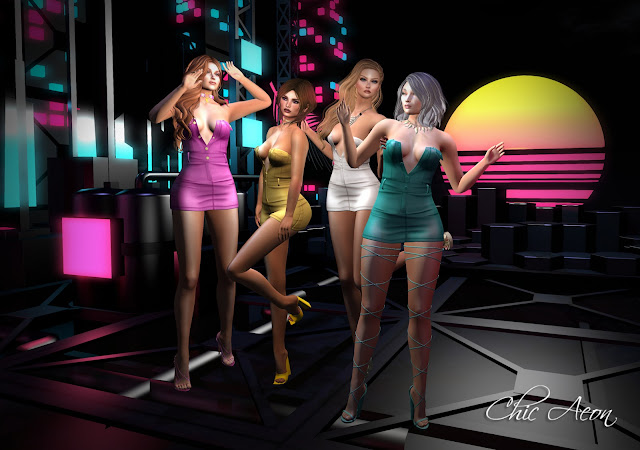