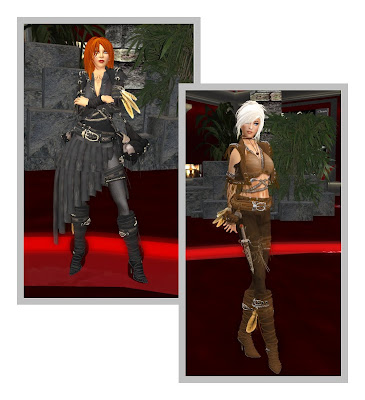 While I've been hunting and gathering, Benicia has been watching the Phoenix-Firefall chairs for us all. Xia just IM'd that she won the black belt. And 398 of you (and me-me-me) won the skirts from the MM board. Those skirts are up there again today I hear if you missed them. While luck has not been with her this morning, the camaraderie is fun. And there is now trivia where you can win a linden if you answer first and loudly. So far, no lindens for Benicia but others have won.

So that's the gossip from my end. Benicia took pictures while she was there. Most all the chair watchers were in Phoenix-Firefall outfits. The two ladies above acquiesced to being the models for the day :D. The left outfit shows one of the skirts we all won-- at least I think so as I haven't opened mine yet. 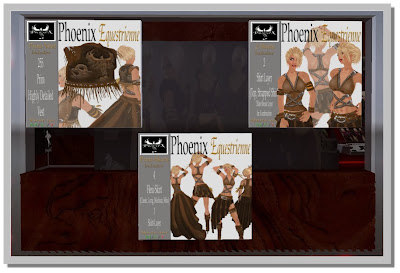 Some outfits in the mix were based on the super specials shown above. $9 for each vendor shown. What a deal. Such good things you can find out from chatting while waiting for those letters to change. 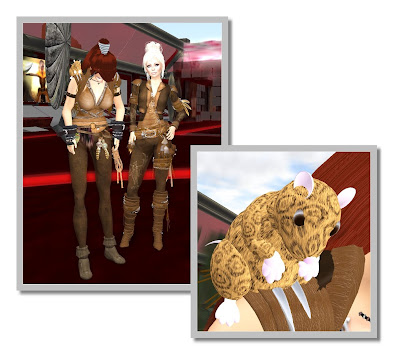 Even watchers get tired though and nodding off happens. Thanks to Gina, Lliona and Lunaci for modeling for us today. Gold stars to Benicia for being such a good reporter. Oh, the little pet shown above is from BAA Outpost. He/she is animated. Fun!

It's all happening at Phoenix-Firefall.


As always you can click photos for larger versions. They are not quite as large as I make them, but hey!

Thanks to the posemakers whoever you are.
freebies shopping 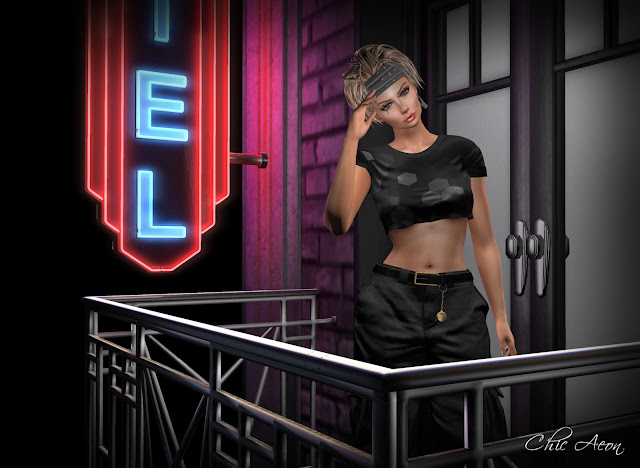 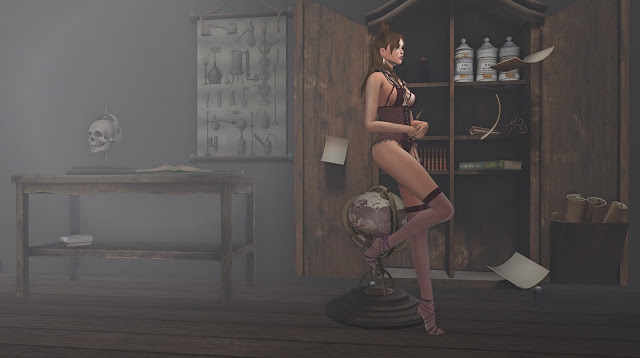 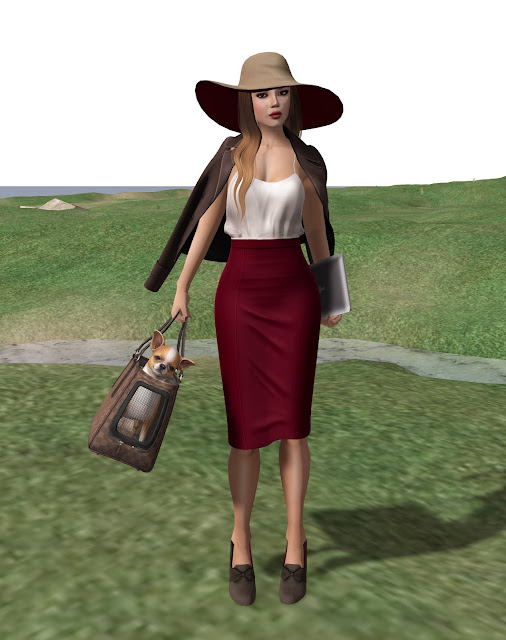