In Search of the Perfect Skin 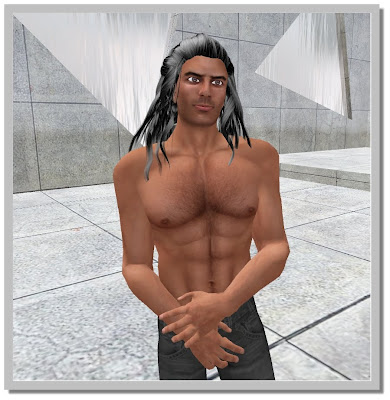 It's amazing how tiring shopping for skins can be, even if it is a friend who is doing all the demo changing. Not that spending the afternoon looking at Wonder is a difficult thing *wink*. Even if we aren't romantic, I can still recognize a good looking guy.

We started with a list of skin makers from Phantom's Republic. Some of the shops on the list were familiar, some not so much and that was the point after all -- to see a variety of options. 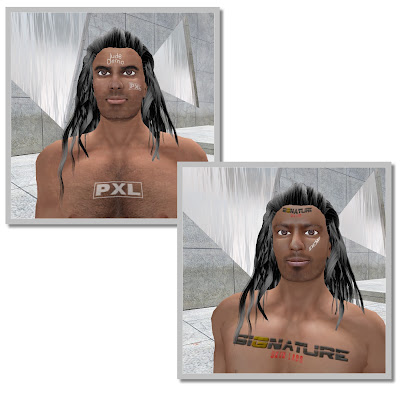 click for larger photos
Eventually it came down to three skins. It wasn't a quality issue so much as a taste issue. Some skin lines didn't have a dark enough skin for Wonder's long time look; he had no intention of becoming pale overnight :D. Some didn't fit at all; that happens.

The three skin lines making the final cut were from Signature Skin Labs (Phantom Republic's top pick), PXL (not on the list but mentioned in the comments) and Belleza. They all had some gold stars in the check off sheet.

Signature Skin Lab had the most realistic skin tone by far (our opinion) and the upper torso work was lovely. Malik Tone 2 also got points for outstanding eyebrows and facial hair as well as a more ethnic look. For different it won hands down. So why wasn't it the winner? The waist down body work was not up to the rest of the skin's quality. I kept wanting to take an airbrush and brush out the harsh lines on the legs. I can of course do that on a photo, but not on Wonder's body - LOL.

PXL Creations (JUDE dark) got big points for body. Not only was it the most realistic (again just a two people opinion poll) you got many choices in the pack. The face was too photographic for Wonder's taste and I concurred. That is completely a choice however, so do take a look at these skins -- especially if you'll be going nude more often than some of us.

If you could take the best parts of these two skin lines? You would have something very special.

In the end, Wonder chose Belleza's Jonas Deep Tan 1. It had both a good body and a face that looked much like Wonder's only updated. Change isn't a positive verb in my friend's book. It would have been a plus to be able to get a bit of the ruddiness out of the skin tone, but alas the skins are no mod -- something that was obvious before purchase, so not a surprise. A bonus was the choice of baby butt chest or slightly hairy. Texture is nice *wink*.

That was MY day. I hope our explorations help some of you guy readers. If you are still in year old skin, it might be a good time to go demo shopping. Two year? Get out there and SHOP guys!