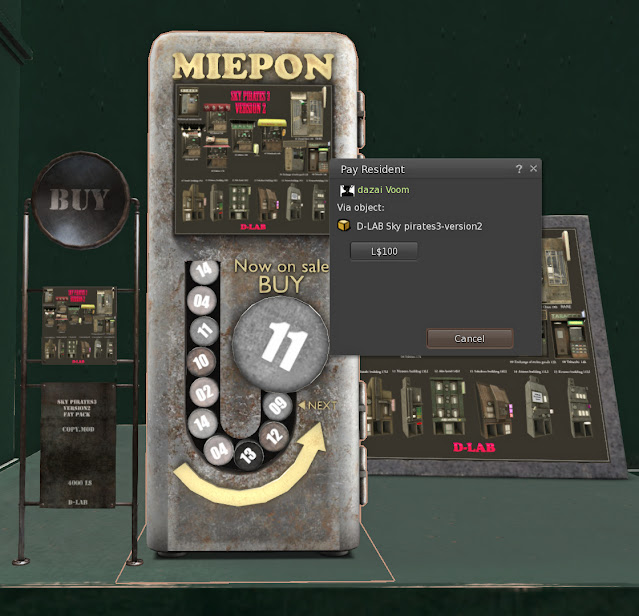 True or false?
At the stroke of midnight gacha machines will disappear from the grid?
Well it is unlikely that folks are going to stay up or GET up in the wee hours to take down their gacha machines.  But still, that is the edict that must be followed. One month grace period -- and then who knows what will happen. After all The Lab has a very long history of NOT policing adequately.
All the hoopla and angst really wasn't necessary though, because in some senses gachas will still be around.  Now the new kids on the block aren't exactly like the gacha machines of old, but there are enough similarities to put them in the same family unit.   And it seems to me that the new "conveyer machines" (their current description in the popular nomenclature) follow the rules of  Linden Lab's new policy.
I heard chatter about this on the forums as well as on the web. These conveyors were the new thing and "everyone" was switching over. Well of course EVERYONE is not, as I am not LOL.  So much for absolute statements.   I hadn't seen any of the new types inworld even though I had been shopping some of the gacha sales. But Saturday while on a hunt I came across my first inworld glimpse.  It was at D-lab.
Now I am a fan of D-Lab. They make nice clean mesh, often very creative. My favorites are still some simplistic, cartoonlike sheep that must be about a decade old; I still love them.   That being said I wasn't all that thrilled to see the new MIEPON machine in their store.  To me, these seem even more manipulative than the gacha machines.
I believe though that we each  deserve to have choices in our lives and those that want to "gamble" should be able to do just that. So here is  a bit of info on how this all works.
Each item in the set has a number. The numbers snake down inside the machine much like a marble shooter game. The number on the BIG button is the number of the item you can buy.   In the case of the lead photo, it is number 11 and it costs $100  to play.  If you WANT number 11 and are willing to pay $100 lindens for it -- great.   But what happens if you are REALLY wanting number "02"?   You have some choices. You could wait around for someone else to play; you could come back another day -- much like a lucky board -- and see if  number 2 is set for sale OR you could buy all the other items from number 11 to number 02.
THAT'S the kicker!
In this example Number 02 would cost you 700 lindens. You would also of course have other items that you might want or that you could try and sell as extras.  You can still sell gachas and gacha-like items under the new rules; just not play the "chance" machines.
On the plus side you know that you WILL  -- eventually -- get what you want.
Or will you?
Not all machines are being created with the same criteria. On this particular brand of machine (as reported on a post in New World Notes )  you have ten seconds after your first purchase to buy the next item in the queue.  And what happens to folks who don't know that?  Well if they take too long someone else can buy the item they were after right out from under them. Some brands of machines apparently have a time set aside with an  "outbid" feature; others can bid higher than the set price in order to get the item.
And no, this is not working for me LOL.
BUT ---
I saw this machine early Saturday morning.  By late afternoon I was wondering if anyone had played the new Flavor of the Month apparatus or if it would still be set on number 11. So I ventured  back to check.  The machine had been played and enough so that the pattern of numbers in the top photo had disappeared. Beyond that I can't say.
As I was looking at numbers and patterns I noted that Number 01 was just one ball down from the current for sale item. Number 01 was the RARE and the photo of it was very cute.  I had played one of the early version of sky pirates -- just one pull -- because I was very confused about what it was and wanted to know.  It wasn't for me and I passed it along to a friend.  But now -- and mostly for this post, I decided to play twice and get the rare.   The machine delivered just like a gacha. 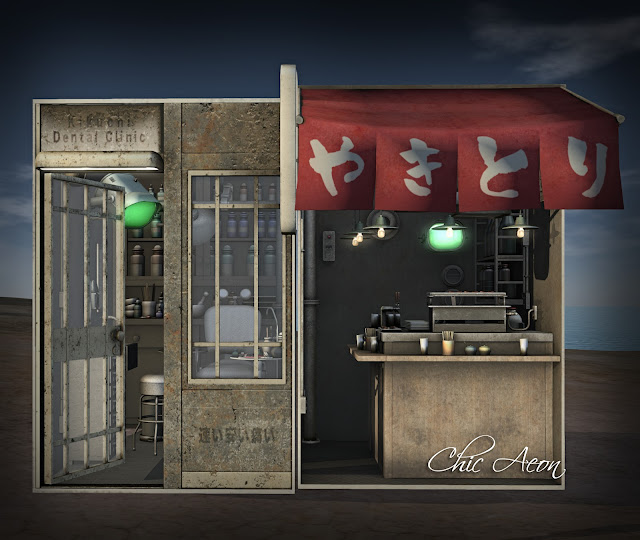 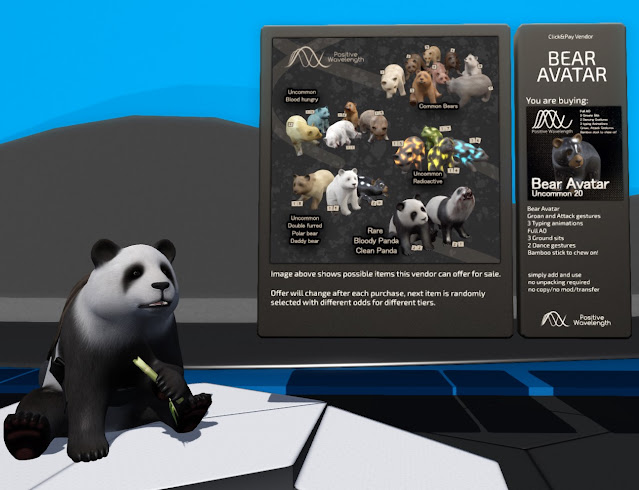 As I mentioned there are various ways that the new "conveyors" are being implemented. Here at positive wavelength, the offering of the moment is shown "live" along with all the possibilities that you do not see rezzed.  You pay the vendor and get your item.  There are no preview numbers of what will be next.  So you can play or just check back at another time.
Price reportedly varies over time but I cannot verify that.  I have to say that having the object you are buying demoed is a very nice touch.
August 31, 2021
comment